Use Insights from March Madness to Help Your Team Succeed 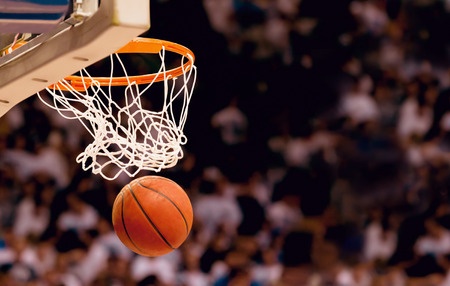 You can put “March Madness” about the NCAA basketball championships to work for your team.  Take those hours of viewing and discussions around the water cooler and apply the lessons to your organization.

While sports teams and businesses often focus on their competition, they face their biggest challenges from within.  For example, Pete’s management team in a Fortune 500 company despaired about the difficulties of working together.  Members desperately wanted to know, “What can we do be more effective?”

We turned around the situation by drawing upon their observations of how top sports teams succeed.  Here are the insights that they shared and applied to improve their performance.

Sacrifice for a larger shared purpose.

Great teams transcend individual objectives to accomplish something bigger.  The business executives on Pete’s team realized that they had each tried to optimize their own personal interests.  Their self-reflections prompted them to re-commit to a larger set of shared hopes for their organization.

High performing teams don’t leave performance to chance.  They script and practice key plays.  When sports teams struggle, they return to the basics.  Similarly, the executive team decided that it needed to focus on two fundamentals: decision making and delegation.  They sought, practiced, and applied the best techniques.  Some grumbled about feeling that they had returned to boot camp, but resistance dissolved as they saw improved results.

Stick to your part.

When it wasn’t clear who was doing what and they couldn’t rely on one another to deliver, individual managers drifted in their roles.  In an effort to keep things from falling through the cracks, they double-teamed immediate tasks while leaving others uncovered.  The team members agreed that in order to stop scrambling and start scoring they needed to stick to their assigned roles and execute.

Basketball and other team sports have one primary focus—the final score.  Although businesses have their own bottom line of profits, they also have many other objectives for their units (growth, market share, etc.) and for individual employees (key projects, skill development, etc.).  The struggling management team had so many objectives and such a heavy weighting on individual performance in the incentive compensation plans that members lost focus.  Pete’s team agreed upon a simplified scorecard with primary emphasis on overall results for the division.

Adapt as the game unfolds.

Top sports teams know that sometimes even the best of players just aren’t on their game, don’t match up with a particular competitor, or have drifted off of team play.  They shift roles and tactics to respond and win.

Some of Pete’s team members had positions where the skills didn’t satisfy particular requirements.  In an effort to avoid infringing on established responsibilities, Pete hadn’t adjusted roles and approaches quickly enough.  Using the sports metaphor, the team huddled to shift players and responsibilities promptly and gained better results.

Whereas, a sports team has a coach who only coaches, a business team has a player-coach.  Some business leaders rise in the ranks through their insights and performance rather than their coaching talent.

Pete needed to make the shift from player and colleague to coach and manager.  He applied decision making and delegation processes that balanced participation and direction to solve tough issues and ensure better execution.

Impose consequences for not following the rules.

Every great team has discipline.  Pete gave his team members so much slack that he couldn’t pull on the reins and get a response when needed.  Sports teams can’t tolerate this because their games are short.  Pete and his team agreed to address problems that arise during a workday before the day ends.  This kept problems from festering and gave immediate, constructive feedback for team members to do better.

Use the insights of “March Madness” to bring sanity and success to your business.

As a founder and CEO of three Silicon Valley companies, venture investor, and recipient of the National Innovators Award, Don writes, speaks, and coaches from a broad base of experience » Learn More

What People Are Saying

There are no comments yet – why not be the first to leave a comment?

Want to get Don’s latest leadership tools delivered to your inbox?

Sign up to get regular tips to unlock the greatness in yourself & others.